The True (or Not) Tale of The Furniture Record 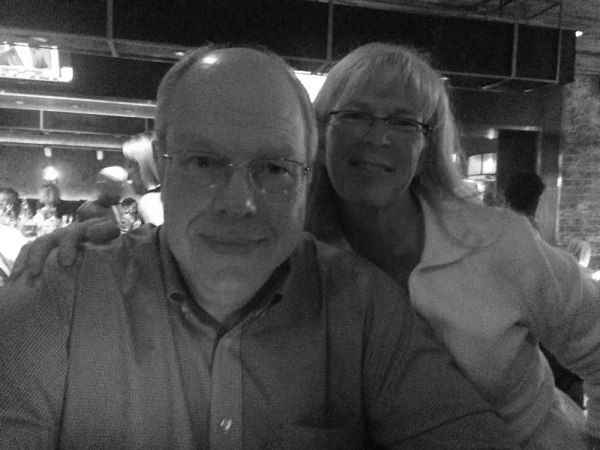 Mark Firley of The Furniture Record with Megan Fitzpatrick at a recent meal at The Eagle Food & Beer Hall.

I’m a Southerner, so please forgive the following hyperbole: If you want to become a better furniture maker you need to see a lot of furniture. Tons, really. You can do this by traveling the world, or you can read The Furniture Record, one of my favorite blogs.

The Furniture Record blog is the tip of the iceberg of Mark Firley’s photo collection on Flickr, a library of more than 11,000 images of furniture and its details that Mark has encountered with his camera. Because Mark lives in North Carolina, his photos have a Southern bias, but he also travels quite a bit so you are going to find pieces from all over the world.

A quick browsing of his blog or Flickr sets should convince you of two things:

I’ve known Mark since I started teaching at Roy Underhill’s The Woodwright’s School in Pittsboro, N.C. Mark is a huge supporter of the school and the local woodworking scene in the Research Triangle, where he helps organize and has hosted weekly building session for woodworkers at his and other shops.

But that’s about all I know about him, except that his humor is as dry as a popcorn fart, he doesn’t drink alcohol and he has an unusual job working for Donald Trump. So recently we went out for dinner and I whipped out my reporter’s notebook and began quizzing him about his background. Megan Fitzpatrick, the editor of Popular Woodworking Magazine, was there as well and helped with the questions. That’s a good thing because Mark as a tendency to invent ridiculous stories.

So the following may or may not be true.

Firley was born in Jacksonville, Fla., but moved around a lot as a child as his father tried to find a better job in the insurance industry.

His family history is almost difficult to believe. His father served in the German military during World War II due to a series of remarkable events, Mark said. His grandparents were German nationals in the United States who had overstayed their visas and were deported back to Germany. His father, a U.S. citizen born in Glendale, Calif., was 3 when his parents were sent to Germany in 1930. He was drafted into the Nazi army at 16 in 1943.

After the war, Firley said his father’s citizenship was restored while he was still in Germany. He got a civil service position as a courier in Germany working for the Army of the Occupation and got “rotated” stateside when discharged GIs with greater seniority took his job. Shortly after his return to the states, he was drafted into the U.S. Army.

The story of his mother is even stranger and is beyond the typical word count of this blog. Let’s just say it involves a mental hospital and Mark running away and later being disowned. 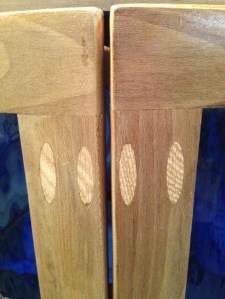 An example of “through pocket-hole” joints, one of my favorites from The Furniture Record.

So after this typical American upbringing, Mark attended Carnegie Mellon University in Pittsburgh, Penn., and studied physics. The money ran out during his freshman year, so Mark dropped out and got a job with the university’s computer science department as a technician.

“I liked making money more than school, so I never went back,” Firley said.

Despite his lack of a degree, Mark had no problems finding work in computer, technical and engineering fields. He worked in computer engineering, then as a sound designer and even built a lot of crates for a lighting rental company (one of his early exposures to building things using wood).

“I spent 14 years there as the interim vice president of engineering,” according to Firley. “I built the crates because I was neither a drinking man nor married, leaving my evenings free.”

While working with the lighting company, Mark ended up designing and running the computer voting systems for the Miss Universe pageant in 1979. And he continues doing that today for both Miss Universe and Miss USA pageants.

This job takes him all over the world, but it also leaves him with a lot of free time to explore antique markets, museums and auction houses.

After buying an vintage kit clavichord and wanting to fix it up, Mark decided to get serious about woodworking and began taking classes with Roy Underhill and elsewhere. And he began documenting the furniture he encountered on his travels and uploading it to Flickr.

For a long time he focused on documenting dovetails on pieces to show how dogma about the different slopes and skinny pins just simply wasn’t true. Then he became obsessed with pintle hinges. Then 100 other things.

A wicker casket from The Furniture Record.

Now his blog (and Flickr photostream) are full of all sorts of things, both high-style and vernacular.

“I like to look,” Mark said. “I am fascinated by pieces at antique stores because they are like an uncurated museum. And I like auctions – they are also uncurated, but the exhibit changes every week.

“But I do what amuses me – now that I don’t have the office in Bangalore.”

P.S. Last I heard, Firley was going to attend Handworks. Now that you know what he looks like, chat him up. It’s like talking to Bob Newhart (if he were a woodworker).

Publisher of woodworking books and videos specializing in hand tool techniques.
View all posts by Lost Art Press →
This entry was posted in Personal Favorites. Bookmark the permalink.